Storyline
Season 2 of the Ultimate Shot takes Archie Nesbitt's adventures to new heights, from the rugged ranges of the Caucasus to the open plains of Uganda. You will experience the thrill of one hunter braving the elements in pursuit of his astounding 100th world record – all shot in brilliant high definition. Expect more hunting tips; more information about hunting outfitters and local conditions; more insight into conservation and more archery advice, directly from the world's greatest bow-hunter. Join Archie in his quest to open new regions of the world to the sport of bow hunting.

Unlike other hunting shows, Archie Nesbitt's Ultimate Shot shows the world from the eyes of one only hunter, transporting you to remote regions of the world in a style made famous by National Geographic Television. All of Archie's hunts are shot in a reality format, meaning what you see actually occurred in real time – with no second chances - and none of the hunts shown on Ultimate Shot are filmed in fenced perimeters. Ultimate Shot delivers extreme hunting excitement from remote and often dangerous locations around the world. You'll get a feel for local traditions across six continents, learning not only what challenges the locals face, but what hunting means to their way of life. Packed with hours of heart pounding bow hunting action, season 2 of the Ultimate Shot will transport you to new worlds of adventure as Archie stares down danger to take another ten world record trophies.

Own it
Buy it at Hunting Videos web store 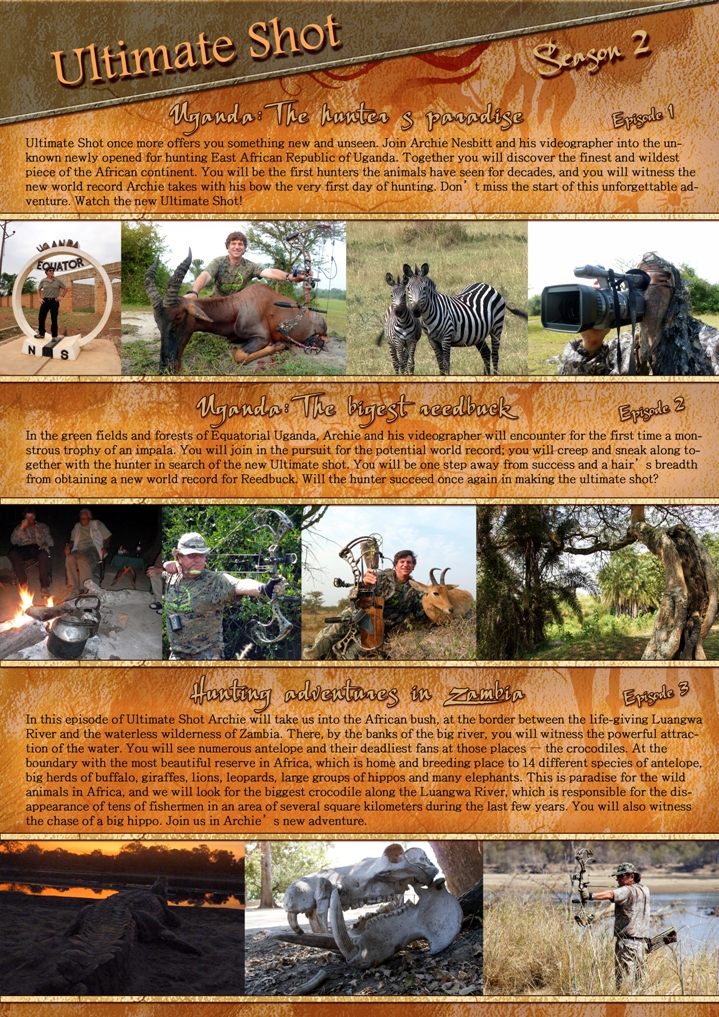 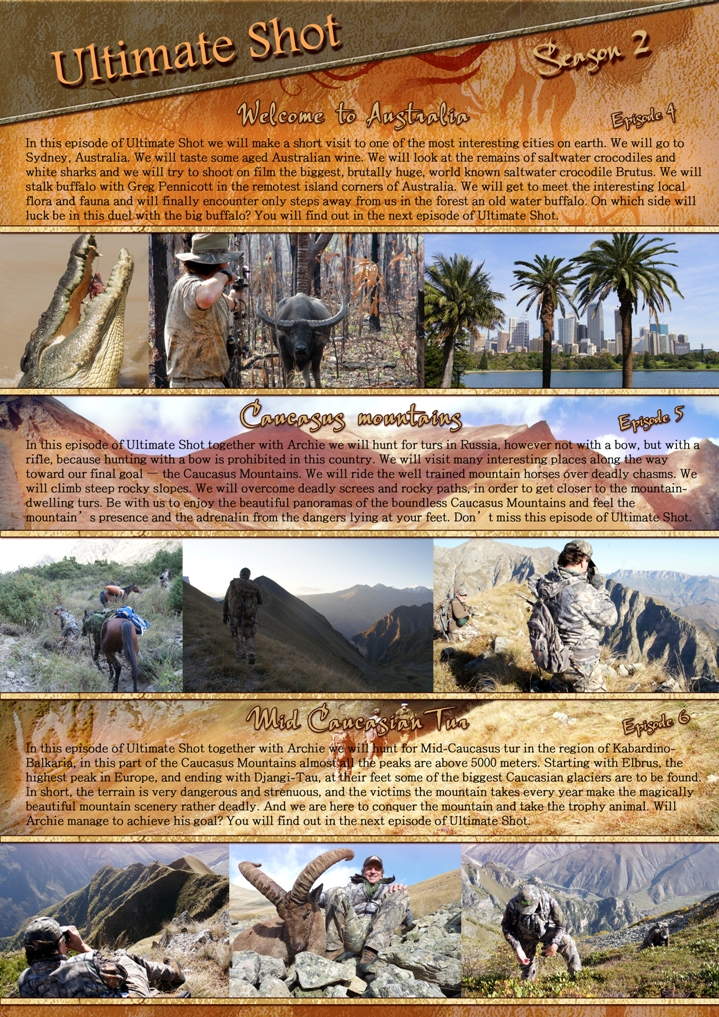 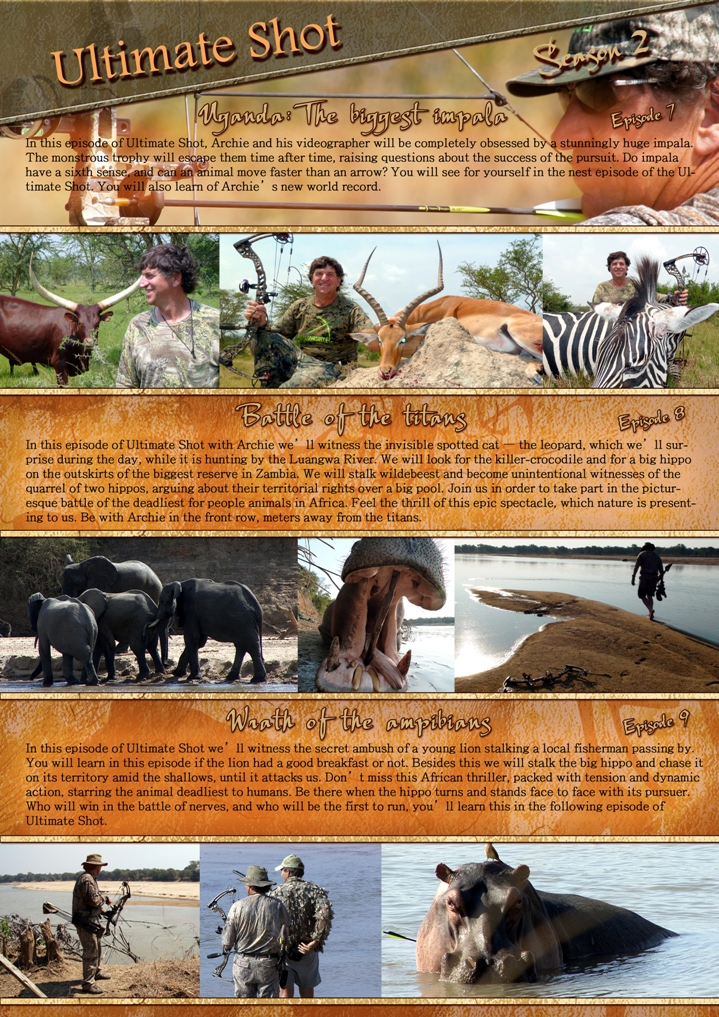 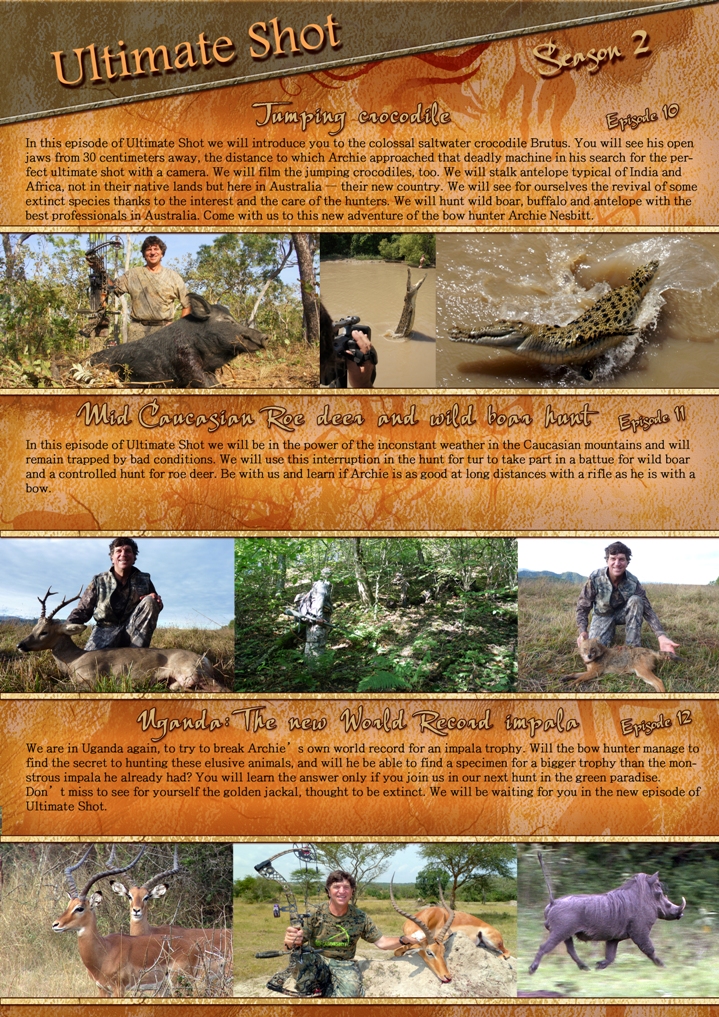 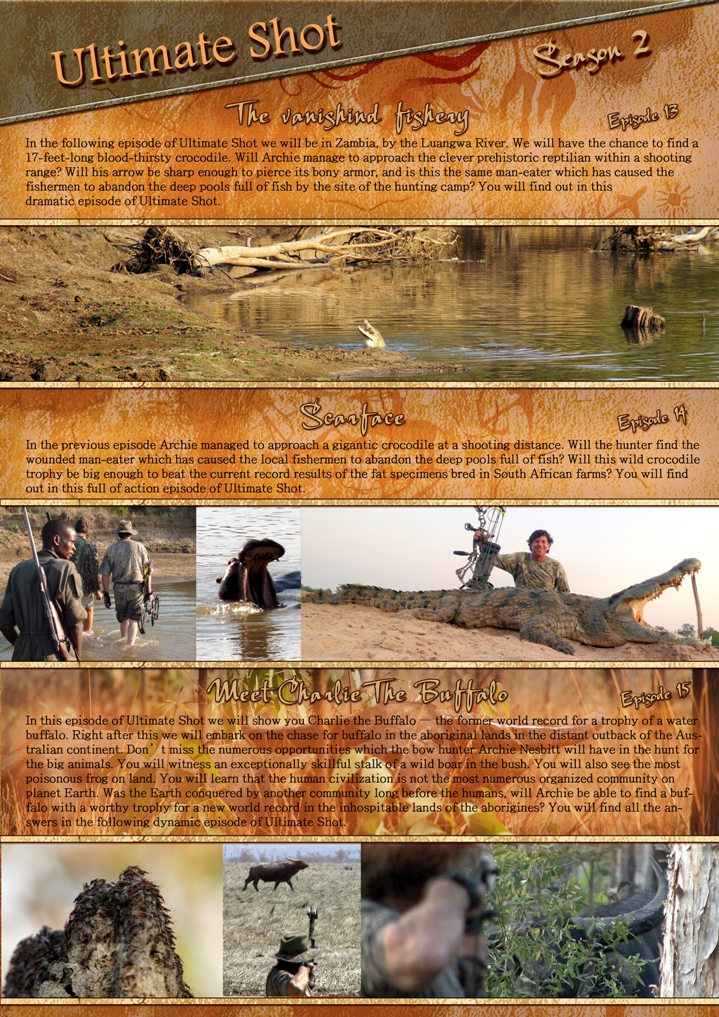 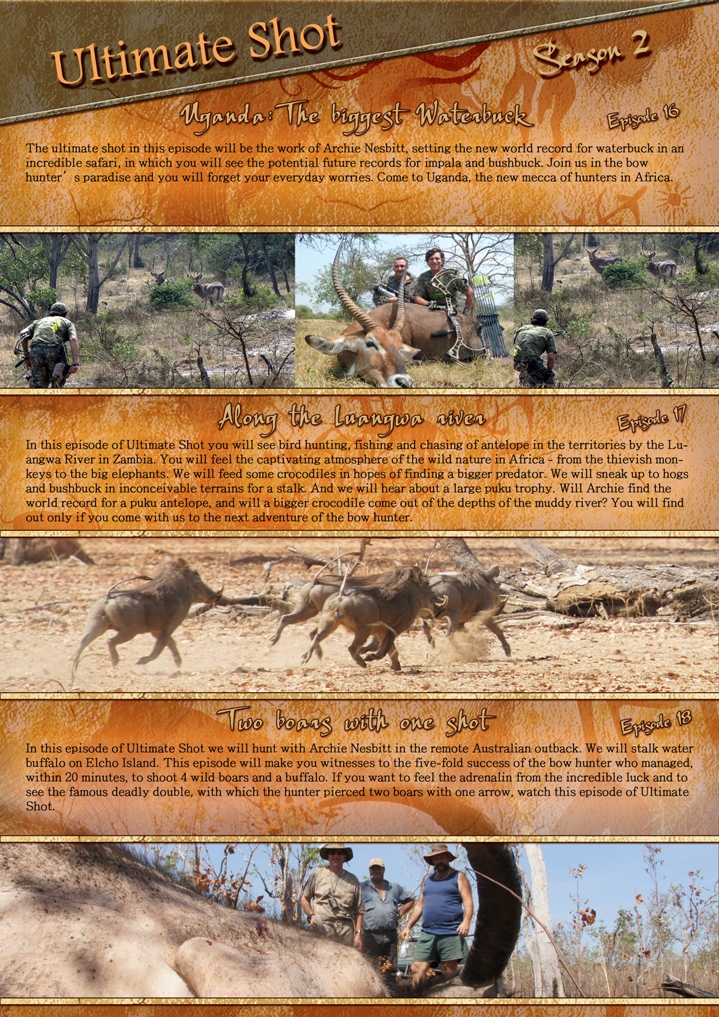 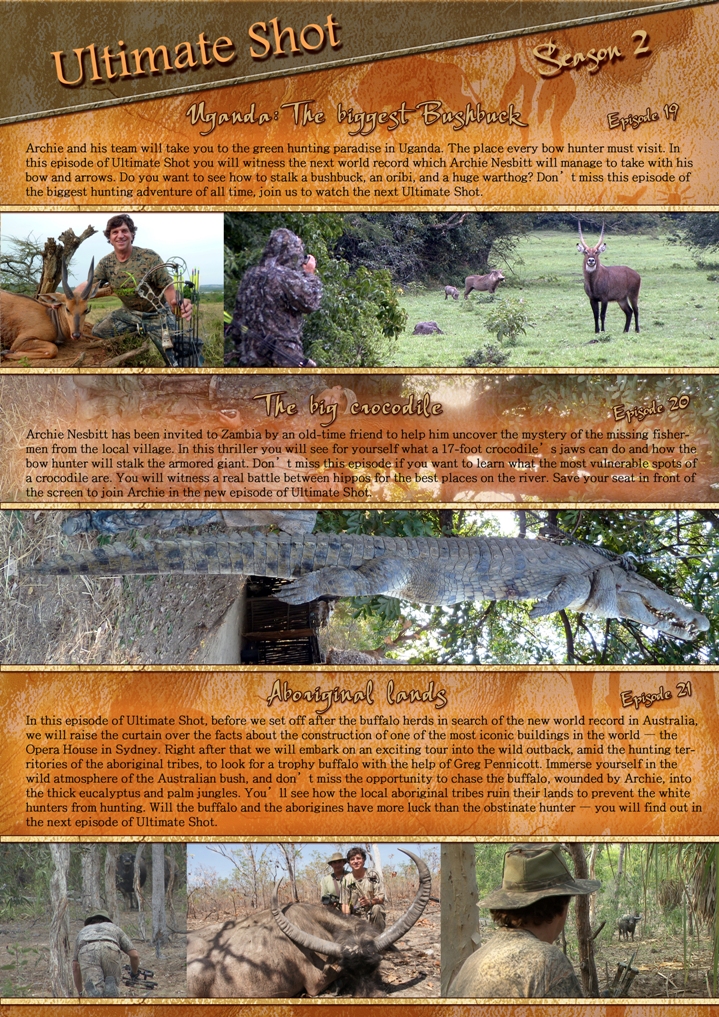 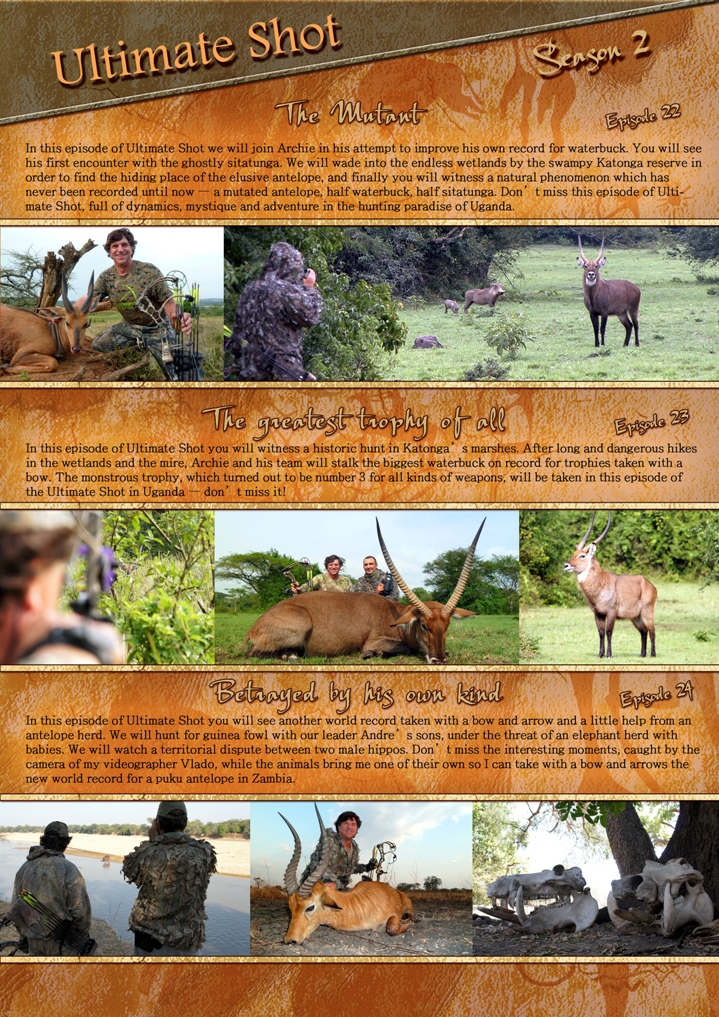 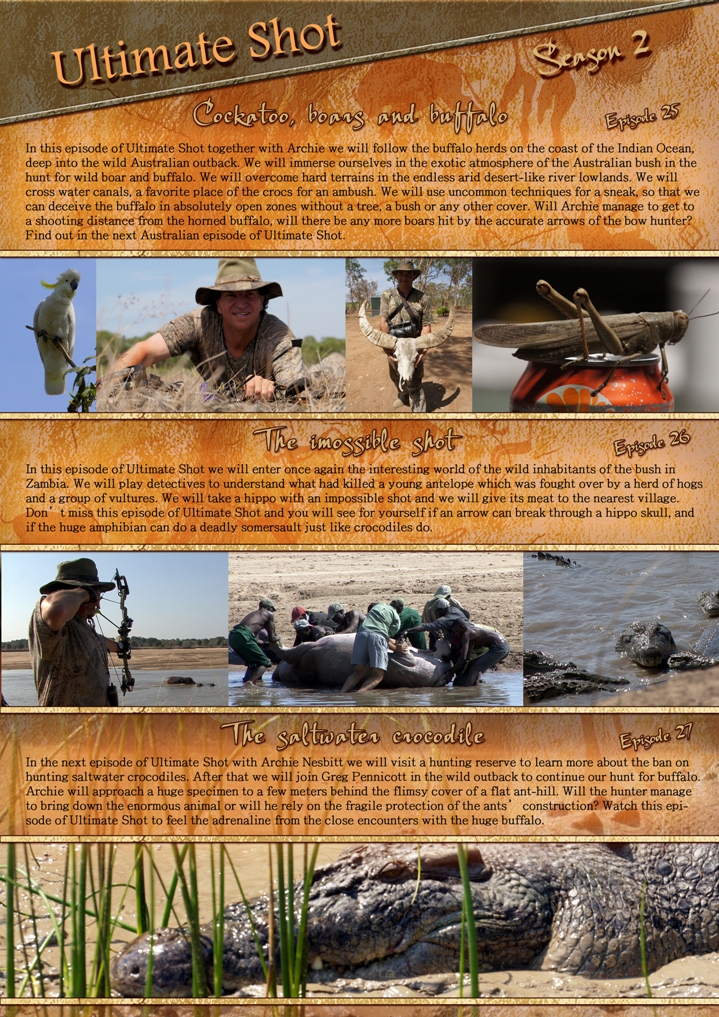 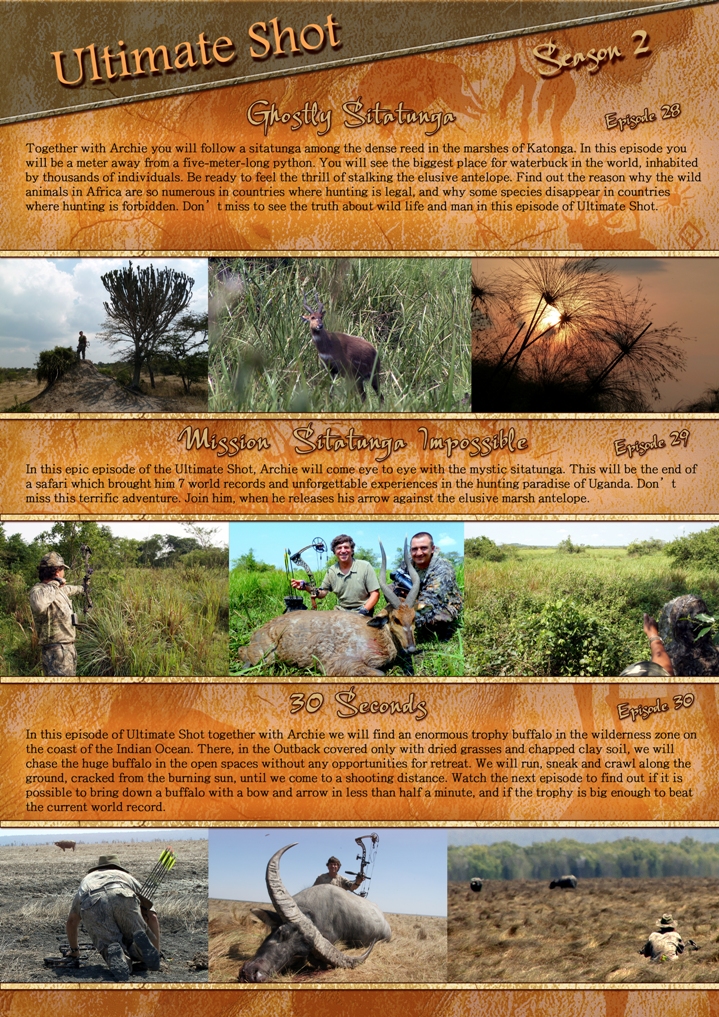 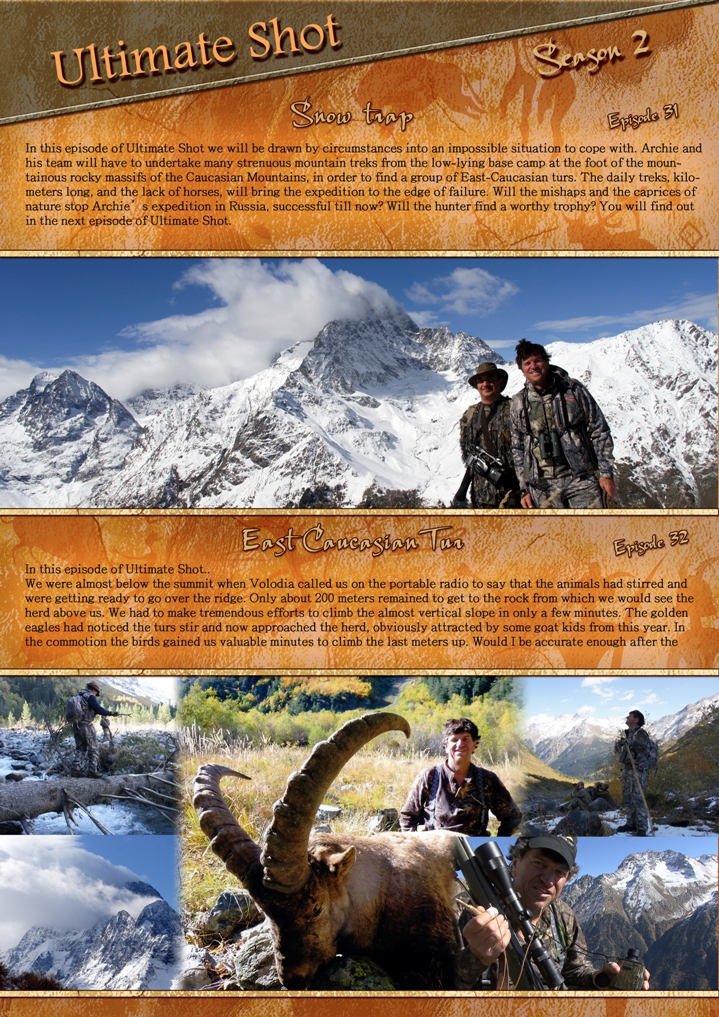 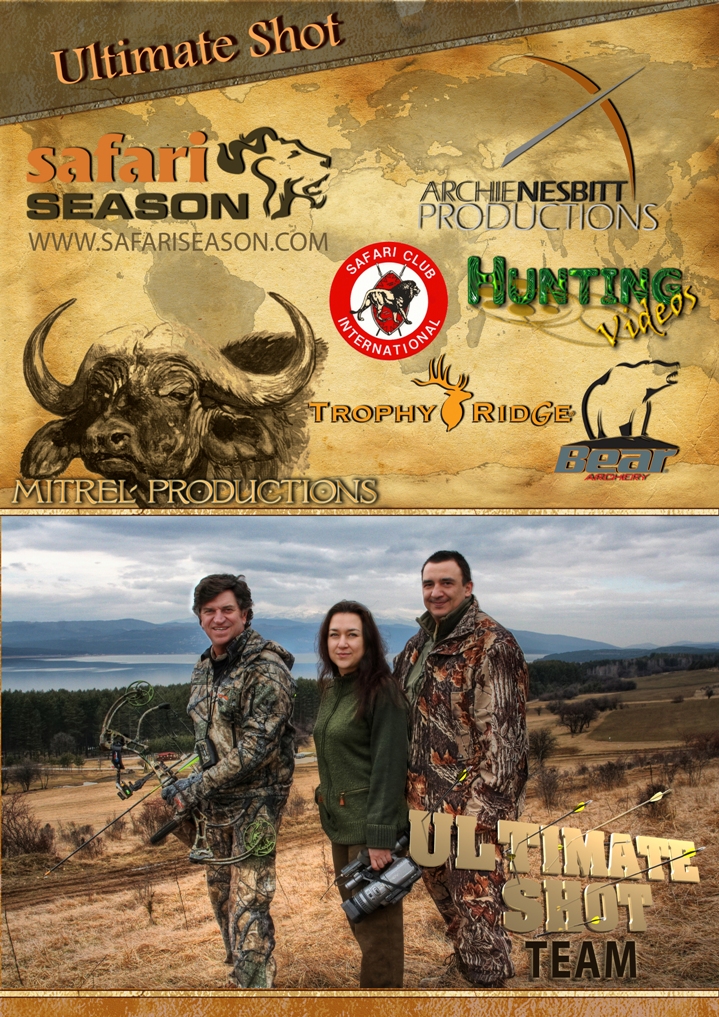